Feats of Soviet swimmers during the World War II

In the battle, each athlete is worth several common fighters, and a troop of athletes is more reliable than a battalion — if there is complex military operation ahead,” said Army General, Hero of the Soviet Union, I.E. Petrov about the contribution of soldiers-athletes to the victory in the World War II. In the difficult years of the war against Nazi Germany, the successes and achievements of athletes were often on the verge of a feat. Athletes changed their sports equipment for military weapons and courageously defended the borders of our country.

There were real heroes among Soviet swimmers, and we will tell in our article about some of them.

The name of Leonid Karpovich Meshkov is well known in the Soviet history of sports. He was called a swimming titan because his merits are really impressive — a Soviet swimmer, an honored master of sports (1940), an honored trainer of the RSFSR (1963), an honored worker of culture of the RSFSR (1973), a multiple champion of the USSR (42 gold medals), USSR, Europe and world record holder (over 120 records). The development of sports swimming in the USSR is connected with the names of Leonid Meshkov and Semyon Boychenko, another prominent Soviet swimmer.

During World War II, Leonid was a front-line intelligence officer in the Leningrad front. In 1941, on the eve of the war, Leonid Meshkov was doing well: in April and May, he set three world records for breast stroke. Meshkov also set three USSR records for crawl stroke, all of them were better than the official European records. Such a combination of the highest achievements in two styles has not yet happened in the history of sports.

As the war broke out, Leonid Meshkov volunteered to the army and was sent to the intelligence unit in Leningrad Front. At Luga defense line, there was an urgent task to reconnoiter the enemy rear. Several attempts to cross the Luga River by boat were unsuccessful, and then the task was entrusted to the swimmers — senior sergeant Leonid Meshkov and his comrade Kulakov. They were instructed to penetrate the location of the enemy unit, to identify the location of the firing points and the number of soldiers. 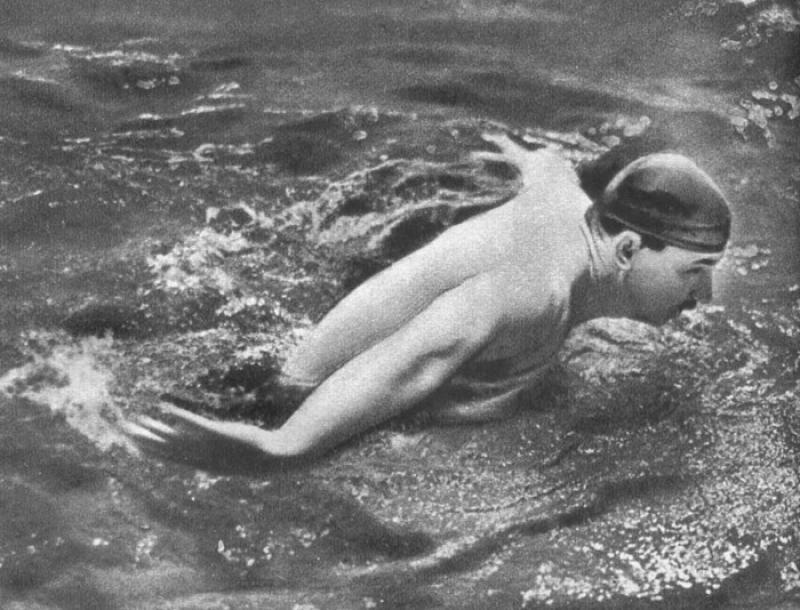 Under the cover of night, reconnaissance athletes crossed the fast river and made their way to the territory occupied by the enemy. By evening, they obtained the necessary information and went back to the river. Here they were found by German posts, spotlights illuminated the area, and the enemy opened fire on them. Kulakov was seriously injured and lost consciousness. Meshkov shouldered him and crawled to the river. By the water, he felt a strong blow to his right arm: he was wounded by a fragment of a mine that exploded nearby. Meshkov willed himself to retaining consciousness. The right arm did not work, he held it close to the body, with his left hand he grabbed the wounded comrade and threw himself into the water. He could only swim using his legs. Courage, high swimming skills and endurance helped him to save his life and the life of the wounded comrade, and to complete the combat mission. Important data was delivered to the command. Leonid Meshkov was awarded for this feat. 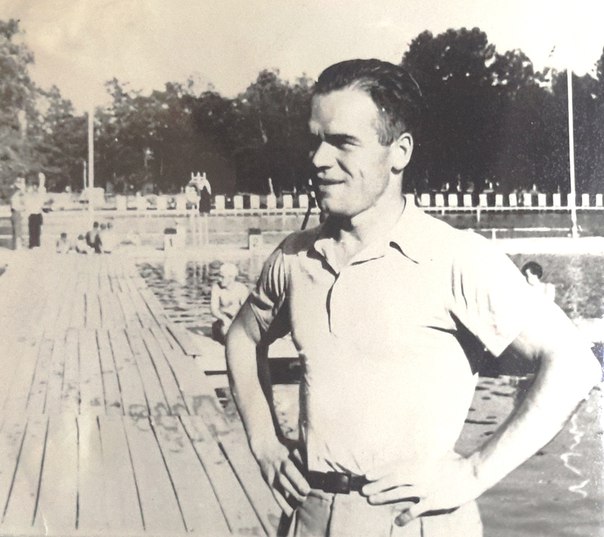 One of the strongest crawl stroke swimmers in the Soviet Union, multiple record holder of the USSR Alexander Shumin also participated in Leningrad defense. Together with Leningrad swimmers Vladimir Kitaev and Vasily Podzhukevich, in 1928 he was a participant in the All-Union Spartakiad, and for many years he was a member of the USSR and Leningrad national water polo teams. At the outbreak of World War II, Alexander Shumin was appointed head of the school where instructors were trained to teach troops swimming and crossing water bodies. Many famous swimmers of Leningrad worked there. At the ponds of Lenin Stadium, in Ozerki, they used rafts, boats and other equipment to teach soldiers to transport machine guns and other military devices in realistic combat conditions. Participating in the battles for Leningrad, Alexander Shumin organized crossing of the Neva River at Nevsky Bridge-head and in other sections of Leningrad Front, for which he was awarded several orders and medals. 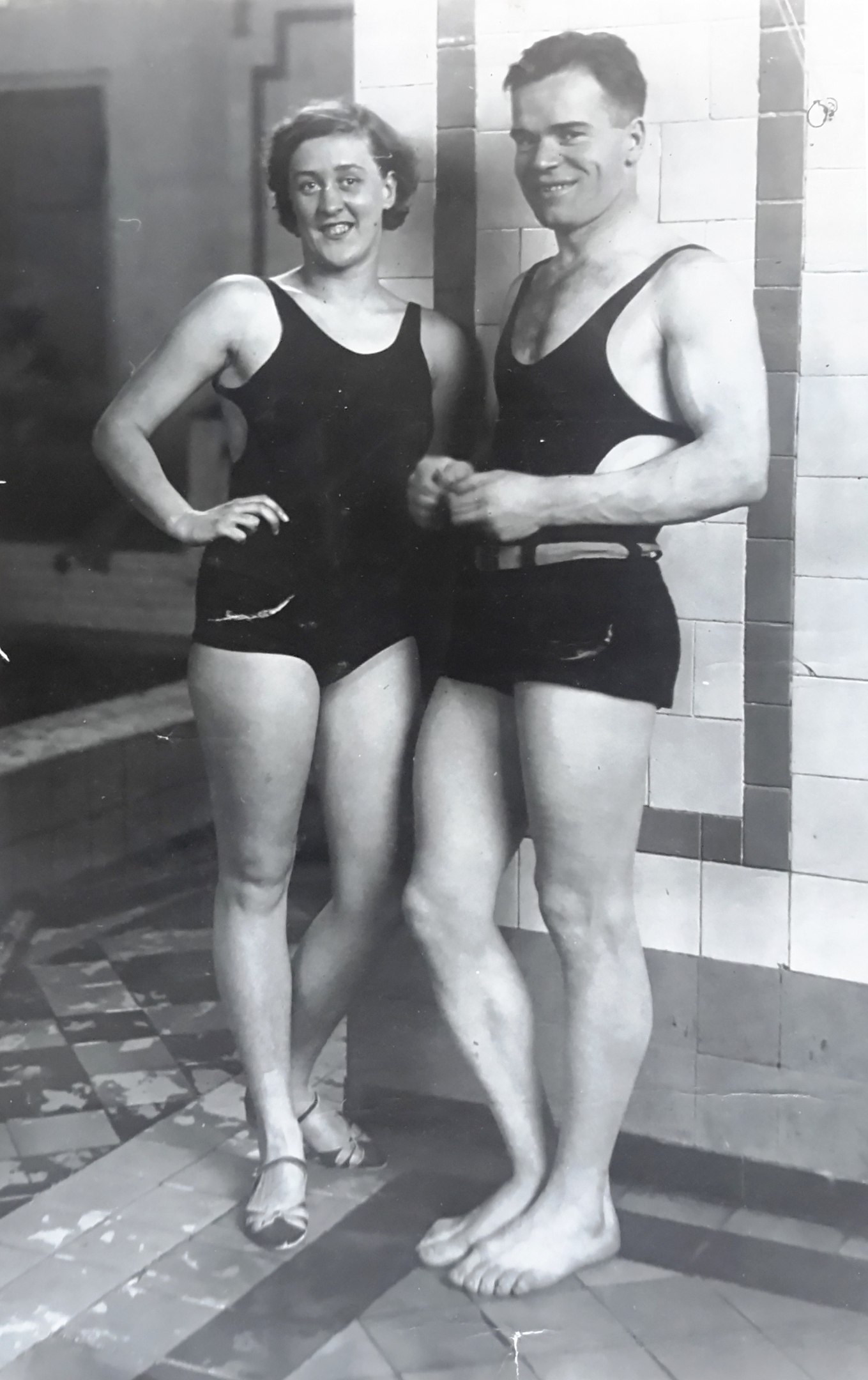 We are infinitely proud of our fellow athletes and thank them for the opportunity to live in a free country under a peaceful sky. We will always appreciate physical education and sport as a way to overcome ourselves, to cultivate courage, endurance and the will to win. Happy Victory Day, dear swimmers!

This article was prepared using the following sources: http://ussr-swimming.ru/, https://www.sovsport.ru/